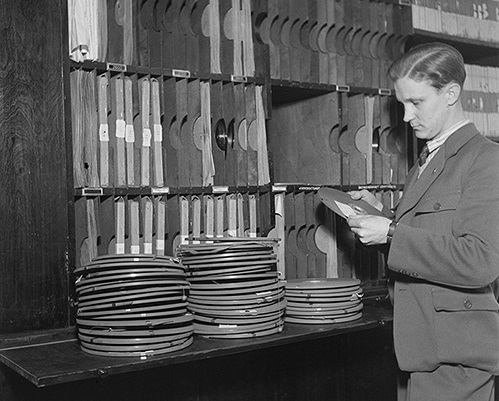 The TRACE project studies radio archival collections in Europe during and after World War II, and investigates how they were created, archived, circulated and used. The project proposes a tripartite model for studying sound archival collections in terms of their 1) transformation, 2) relocation and 3) valorisation. Our project combines insights from archival and information studies, heritage studies and media studies, and contextualises these collections that were created under conditions of war, occupation and reconstruction.

Sound collections in European radio were largely formed in national institutions, and variously invested with political, cultural and economic value. This project pioneers a critical study of radio collections created between 1930-1960 – focusing on radio collections in Western and Central/Eastern Europe – to reveal dominant patterns in the storage, circulation and valorisation of early radio recordings across Europe. The project’s findings contribute directly to the study of media archives today by providing comparative perspectives on the fate of cultural collections during and after war, and offering a novel approach for how to map such translocations in and beyond a European framework.

The TRACE research project is funded by the Dutch Research Council (NWO), and is hosted by the Department of Media Studies and Amsterdam School for Heritage, Memory and Material Culture, University of Amsterdam.