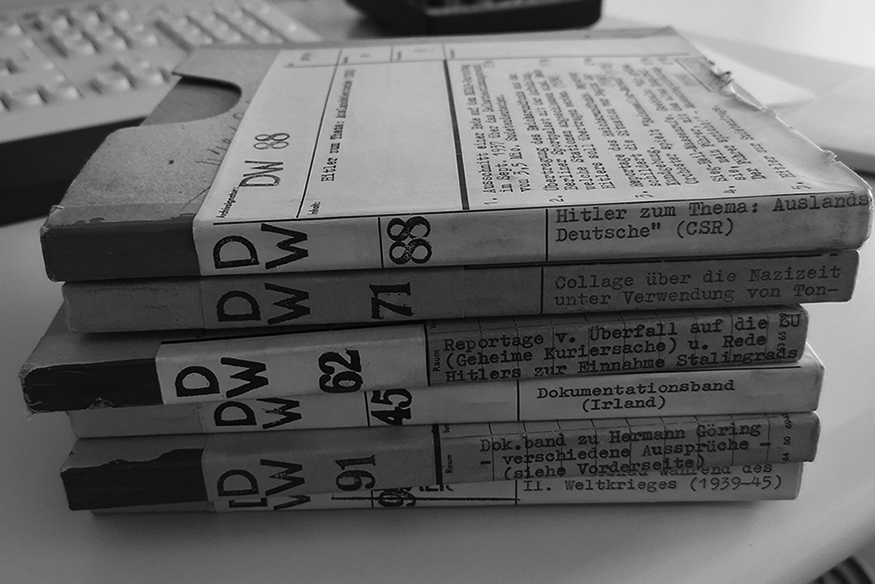 Subproject 2 explores the histories of radio collections in Central/Eastern Europe, with a particular focus on Germany up to 1945, the German Democratic Republic (GDR) and Czechoslovakia. It contextualizes archival sources, analysing the development and use of radio archives in the region and tracking their transformation, relocation, and valorisation throughout the Second World War and the subsequent division of Europe into rival blocs.

Case studies developed as part of this project highlight the transnational nature of radio heritage as military occupation and liberation propelled historic German collections into archives in modern Britain and the Czech Republic, and recordings of wartime broadcasting collaboration between Britain and Czechoslovakia were taken back to Prague after the war. This project also examines examples of the re-evaluation and re-deployment of historic recordings in later programming, looking in particular at the use of National Socialist recordings in radio propaganda of the GDR.

This subproject seeks to understand the cultural-political status of radio archival collections, in view of past technological practices, institutional settings, state policy, and geopolitical frameworks. In doing so, it traces how and why institutions (and social actors) archived and used radio collections under conditions of war, occupation and Cold War-era reconstruction.